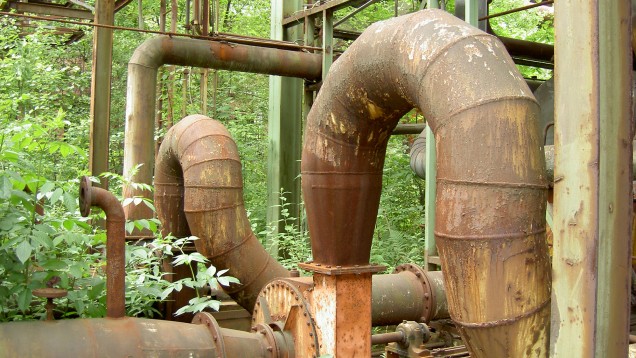 The concept of “nature” and the concept of “landscape” seem to be a burden of the profession as there is no uniform understanding of them. The terms are highly charged with cultural meaning, personal experience and emotional connotation. Even in professional discourse and discussions, the meaning of “nature” periodically leads into dispute and mostly emotional reactions. The understanding of the term “nature” doesn’t refer to an object, but rather to the human self-perception in relation to his environment. The cultural relation to environment in human history, reveals the evolution of human self-perception over time. By examination of this develop­ment in garden history, a clearer understanding of where we stand today can be archived:

In Stone Age humans were still part of nature, which they emanated from. The hortus conclusus of ancient and medieval times symbolizes the first differentiation from the wild: a cultivated garden with a clearly cutting, separating wall around it. In the Renaissance gardens of the 16th century rationality starts to be opposed against nature. The conflict between nature and culture begins. In continuation of this trend the total domination of the environment peaks in the baroque style gardens of the 17th century. Thereafter wildness regains attraction, displayed in tamed versions of nature and its artistic idealizations in the romantic landscape parks of the 18th century. Since modern times the opposition of nature and culture, between cultivated and wild starts to dissolve. Since the industrialization we learnt to reckon landscape as a vital necessity we depend on. Since Darwin’s theory of evolution we have the chance to understand ourselves as a part of nature again. We first emanated from nature, then we emancipated from nature, now we start to integrate nature into our cultures.

And not only can we start to feel part of the whole again. The other way round, the whole turns to be part of us more and more: No ecosystem of the earth is untouched by human influence, since even the composition of air and global climate is affected by human economy. Nature as something untouched by humans does not exist anymore at all. A clear distinction between human and natural is not possible anymore. Humans are part of nature and nature is part of us. The human need to see himself as different from nature is ultimately a neurotic, self-centered habit and not a solution-driven mindset.

Ecological damage on earth is created by human self-perception as separated from nature. The healing of the world will take place by the scientific, cultural and emotional awareness, that we are not separate. We have to develop our cultures in tune with nature, if we don’t want to destroy the foundation we emanate from and thus depend on. Let’s accept that we are part of nature and let us behave as though we are part of it. Let’s focus on what we are fighting and loving for: How to contribute to a livable planet? How to contribute to the ecological function on the planet and the sanity of the societies living on it?